skip to main | skip to sidebar

First - and this is so cool - on May 2, I'll be the keynote speaker at the Tri State Young Author's Conference at the College of the Ozarks. In fact, the entire conference will be centered around my award-winning children's book, Edith Ellen Eddy. This is an incredible opportunity, and I am so excited to speak to such a great group of authors.

The second opportunity keeping me busy this spring and summer is a another speaking engagement - this time in Texas! I'll be presenting at the Hemphill Library in Canadian, TX, at the beginning of June - and I'm so looking forward to the trip and meeting my Texan readers.

I'll keep you posted as new opportunities come up. And please contact me if you'd like to book me for your own conference, library, school, etc. You can reach me through Kara Cowie at 816-813-2350 or karacowie@gmail.com.

Thank you, and have a wonderful day! 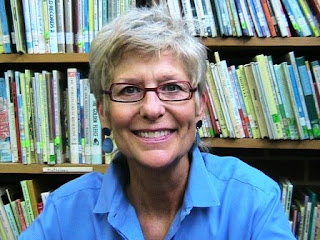 Growing up on a farm in Iowa with a pesky older brother and tadpoles for playmates, Julee Ann Granger had a lot in common with the title character of her award-winning first children’s book, Edith Ellen Eddy.

Like Edith Ellen Eddy, who’s first described as having “freckles on her nose, a smile as bright as sunshine and dirt between her toes,” Granger was a tomboy. She spent summer afternoons with the barnyard animals and the occasional worm and, like Edith Ellen Eddy, was, at times, downright filthy, too.

Now, after more than 30 years of teaching, mostly in the Shawnee Mission, Kansas School District, the Fairway, Kan., author is devoting her time to sharing the story of Edith Ellen Eddy as well as her many lessons and presenations related to the book, with students, educators and parents nationwide.

“Writing Edith Ellen Eddy has been such a pleasure for me,” Granger said. “This book is close to my heart and teaches a very important lesson, too. Children should be taught to love themselves – whether they’re interested in dirt and tadpoles or daisies and tutus.”

Edith Ellen Eddy recently won the International Reading Association’s Teacher’s Choice Award for her first book, Edith Ellen Eddy. The award is given each year to new books that encourage children to read. The book also has received “five stars” from readers at Amazon, including Midwest Book Review. The book was published by Greene Bark Press and is available at Amazon and Green Bark Press, as well as bookstores in Kansas and Missouri.

To learn more and request a visit to your community, please contact Kara Cowie at 816-813-2350 or karacowie@gmail.com.
Posted by Kara at 10:20 AM No comments: 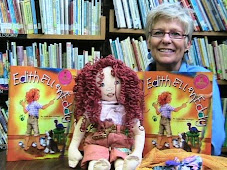 To learn more and schedule a visit to your school, library or community, please contact Kara Cowie at 816-813-2350 or karacowie@gmail.com. Don't wait - slots are filling up fast!